People Who Have Made A Difference -
Plus Some Celebrities That Dive

Famous scuba divers. Almost everyone has heard of Jacques Cousteau. He is probably the most famous diver in the history of scuba diving. And rightly so since he is the one who made it accessible to the average person.

But who else has strapped on a tank and made a difference in the sport? Well, let's find out...
﻿

We'll start with Jean-Michel Cousteau (1938 - ), the son of Jacques Cousteau. He is listed as the first certified diver in the world.

It is famously reported that his first dive was when he was 7. He was thrown overboard by his father with his father's newly invented aqualung strapped to his back. Today he is probably the most recognized environmentalist in the world. He is president of the Ocean Futures Society (a nonprofit marine education and conservation organization) and an influential filmmaker.

Let's go to Hollywood for some famous scuba divers. Lloyd Bridges (1913-1998). For the younger set, he is the father of actors Jeff and Beau Bridges. He introduced scuba diving to millions of people with his TV series "Sea Hunt" which aired from 1957 to 1961. In this series he played a Navy frogman turned undersea investigator.

Many recreational divers entered the sport because of this series. Bridges was also NAUI's first honorary instructor member.

Zale Perry is another entry with a (partly) Hollywood angle. She played the resident damsel in distress in the Sea Hunt series. Prior to this, she was a test diver for major equipment manufacturers. Zale Perry began her diving career in 1951 and is considered an authority on sport diving. She was key in the development of decompression chamber treatment for diving injuries and is now a member of the Diving Hall of Fame. 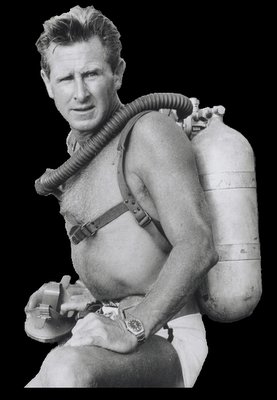 We'll leave the Hollywood angle behind for now and focus on the more serious work of some famous scuba divers. Albert Tillman (1928-2004) along with Neal Hess founded the National Association of Underwater Instructors (NAUI) in 1960. NAUI is now the second largest certification agency in the world. Tillman also co-authored Scuba America with Zale Perry.

John Cronin (1929-2003) was co-founder and CEO of PADI. Along with Ralph Erickson, he formed this new professional diver training organization in 1966. PADI is the largest diving certification agency in the world.

Famous scuba divers also include Mel Fisher (1922-1998), better known as the World's Greatest Treasure Hunter. He found the Spanish galleon, Nuestra Senora de Atocha and Santa Margarita on July 20. 1985. These ships sank over 350 years ago and contained over $450 MM in silver, gold and other artifacts. He is credited with opening the states first dive shop around 1950. He spent his life in various aspects of the dive industry (teaching, filming, treasure hunting). 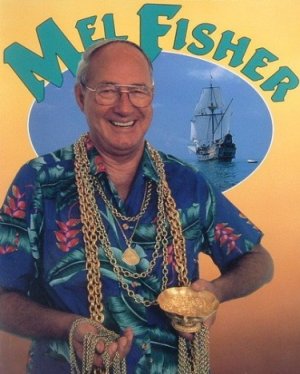 Sylvia Earle (1935- ) is probably the best know female marine scientist. Nicknamed the "Sturgeon General" or "The Queen of Deepness" she is a National Geographic Explorer-in-Residence and a former chief scientist for NAOO (National Oceanic and Atmospheric Administration). At 3280 feet, she holds the record for solo diving. Earle is also one of the original inductees into the Women Divers Hall of Fame.

Eugenie Clark (1922 - ), also known as The Shark Lady, is known for her research on sharks and poisonous fishes. She has caught and studied over 2,000 sharks. With her research, she has given the world a better understanding of why fish behave the way they do.

Let's end with a few celebrity divers. Not because they contributed anything to the sport, but because it's fun: Tom Cruise, Tiger Woods,  James Cameron, Lauren Hutton, Bill Gates, Kathleen Turner, Paris Hilton, Gene Hackman, Nikki Taylor and Penelope Cruz to name a few.

In fact, Shape magazine recently ran an article saying that some celebrities such as Jessica Alba, Sandra Bullock, Katie Holmes, and Nina Dobrev took up the sport as a form of physical fitness. It is the new celebrity fitness trend. The magazine reports you can burn up to 400 calories in 30 minutes of diving. Not too shabby.

As Tiger Woods so famously put it, maybe one of the attractions of diving for famous people is: "The fish don't know who I am."

This list is by now means exhaustive. It would take a book to write about all the people that have made contributions to the sport of diving. But, hopefully, it has given you a good introduction. For information on more scuba divers who have made a difference to the sport, check out the International Scuba Diving Hall of Fame here.

For more background, read about the history of diving here and for some more information on the sport  check out our page for new and aspiring divers here.

So join the ranks of the famous scuba divers and go diving!

Have your say about what you just read! Leave me a comment in the box below.
FacebookTwitterPinterestTumblrRedditWhatsAppMessenger